In my communication with other Christians I have found that a significant number of Christians have little or no awareness of who and what they have become as a result of being a new creation in Christ Jesus.

The Christians I am referring to appear to have no knowledge or understanding as to what this passage means as it applies to their Christian walk in the New Covenant. There is no awareness that when they initially believed that their old man was crucified and they, in spirit, have become a new creation and all that comes from that event! They are attracted to their physical bodies and what is going on in and through their bodies (which have been crucified) instead of realizing that the new man has taken place in their spirit. If I engage them on the biblical facts and question them on their current status with respect to being righteous they often tell me that that will not take place until they die physically and leave their earthly bodies for their glorified body. They have no clue that the Scripture does not support their belief.

Let’s start our study by examining what the Bible has to say about righteousness, in particular, New Covenant believer righteousness.

2. “He (speaking of God) is the source of your life in Christ Jesus, whom God made our wisdom, our righteousness and sanctification and redemption; therefore, as it is written, Let him (referring to we believers) who boasts, boast of the Lord” (1 Corinthians 1:30, 31, RSV).

At this point we should make at least the following observations: (1) we are being told about those human beings who are in Christ Jesus, (2) Christ Jesus is the source of our life which I understand to be our spiritual life and not our physical life, (3) then, a short list of what our trust in Christ brings into our spirit – namely, wisdom, righteousness, sanctification and redemption. Notice there is no indication that this is something that we have to wait for at some future time but is a present reality at the time of belief. As impressive as this list is, it is actually incomplete! There is so much more involved when we first believed in Christ! But our focus here is the attribute of righteousness. Before we go on to the last point I would like to make about this passage you should look closely at where the source of these four attributes of the believer originate. They do NOT originate from the believer or anything the believer is able to muster up on their own – the source is “Christ Jesus” from whom all these characteristics originate!

Having made that point, which is most important, we can now look again at verse 31 and find that this particular verse addresses a major misunderstanding that a large number of Christians do not seem to comprehend. And that is, they falsely believe that these characteristics are the result of their own personal “doing” which is to point themselves in the direction of a “works” program when these characteristics have originated with God and NOT man. If man accomplished this activity through the individual’s works that person could “boast of their accomplishment” instead if any boasting is to be done it should be “boasting in the Lord” and NOT in self!

4. “For in the gospel a righteousness from God is revealed, a righteousness that is by faith from first to last, just as it is written: The righteous will live by faith” (Romans 1:17, NIV).

The passage above has been one of those that have bothered me for a long time during my study of the Bible. If you read it in a number of different translations, in my case the RSV and the NIV, you will find that those translating groups translate the Koine Greek to be the phrase “…faith in Jesus Christ…” But if the Greek is properly translated you will find that the translation I used above, Young’s Literal Translation (YLT) correctly translates the phrase as “faith OF Jesus Christ.”

Some time ago I did a study on the two phrases “faith in Christ” and “faith of Christ” and came up with an astonishing fact that I will share with you later in this Learning Activity.

6. “What does the Scripture say? Abraham believed God, and it was credited to him as righteousness” (Romans 4:3, NIV).

The word translated as “credited” could also be “reckoned” or even “counted” and it would be an honest translation of the Greek. The impact of this verse tells us that God declared Abraham to be righteous for the sole reason that Abraham believed what God had revealed to him. I also spiritually understand another great biblical fact here in that as wonderful as the Old Covenant was, God did not come at the that time and indwell Abraham because of his belief. But we today, in the New Covenant, which is far superior to the Old Covenant, does result in God coming and indwelling us when we believe! That is just one of many major differences between the two covenants.

7. “So also David pronounces a blessing upon the man to whom God reckons righteousness apart from works” (Romans 4:6,RSV).

Here again we have a repetitive statement that it is God from whom righteousness originates and it has nothing to do with mankind’s self-righteousness. Why are there so many Christians who continue to strive to “make themselves look better” before God and the world by their self-works efforts when God has already made them (reckoned them) to be righteous? Stand by because the next passage actually gives an answer to this question.

Note that here what Israel, and some Christians even today, fail to know (also note they just don’t get it) that righteousness comes from God and has nothing to do with a self-works effort, therefore they “do not submit to God’s righteousness.”

9. “Christ is the end of the law so that there may be righteousness for everyone who believes” (Romans 10:4, NIV).

I don’t know if there could be a clearer proclamation of the connection of righteousness and belief than in the verse above.

10. “That I (Paul) may gain Christ and be found in him, not having my righteousness, which (is) of law, but that which (is) through faith of Christ -the righteousness that is of God by the faith to know him” (Philippians 3:9, YLT).

Note the elements in the above verse: (1) be found in him (Christ), (2) not having my own righteousness, (3) but the righteousness of God through Christ’s faith.

The preceding passages can be summed up in the two following passages.

12. “…There is no one righteousness, not even one” (Romans 3:10, NIV). This verse is obviously talking about self-righteousness as the huge number of passages we have examined overwhelming state that ALL BELIEVERS HAVE THE RIGHTEOUSNESS FROM GOD! It happens when we become a new creation in Christ!

If you came to study this Learning Activity with your mind fixed on a works program of making yourself more pleasing to God by your efforts, has your mind now “been renewed to the preceding biblical facts” concerning the New Covenant? If your answer is still “NO” you are most likely not rightly dividing the word of God by knowing the characteristics of the Old and the New Covenants! 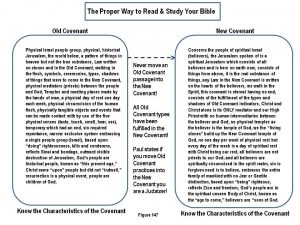 I stated under Item #4 above that I would later explain the connection between righteousness and faith. What follows is the study I did on that connection. I also stated under #5 above that I would reveal the outcome of my study I did concerning the two phrases “faith in Christ” and “faith of Christ.” Both of those items are included in the following material of this Learning Activity if you click your mouse on the Faith in of God button below.

Faith in of God