In Chapter twenty-one of the Book of Revelation, the New Jerusalem, which was to replace the old city of Jerusalem that was destroyed in AD 70, is described. Some Christians think that this New Jerusalem is to be a physical city that will descend out of heaven to the earth and serve as the home base for Christ when He returns to set up a one thousand year reign here on the physical earth sometime in the future. What I propose to show in this Learning Activity is that the New Jerusalem is already present having been ushered in at the time of the AD 70 destruction of Jerusalem.

The first person who looked for the New Jerusalem in the Scriptures was Abraham.

2. What was it that Abraham looked for by faith?

4. Did Abraham find the city he was looking for in his lifetime?

6. What does the verse above tell us about this city that Abraham looked for?

The writer of the book of Hebrews makes another interesting statement about the New Jerusalem.

8. What is it that the writer of Hebrews says to the people to whom he is writing in the verse above?

From the verse above we can see that the New Jerusalem is not something that the believers in Christ should NOT be still waiting for today as so many are. It is already a present reality!

But is is spiritually discerned!

John also sheds some light on this topic.

10. What was it that John saw in the two verses above which describe part of his vision?

11. What was it that John said the New Jerusalem was prepared as?

At this point it would be helpful if John would describe what this “bride” consisted of.

The last part of the verse above tells us that John is going to have “the bride, the Lamb’s wife” shown to him. Remember, the “Lamb” is Christ in this verse.

14. What is it that was shown to John as “the bride, the Lamb’s wife” in the verse above?

15. From the above, what is the scripture telling us that the New Jerusalem is made up of? 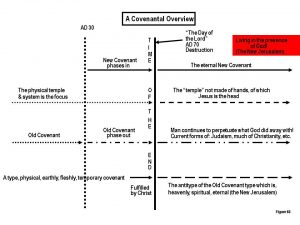